Living and Working in Bangkok About the author

I have been living and working in Bangkok since the late '90s. I first visited Thailand with a friend on a short holiday in 1997. Unlike many who come to Thailand, I did not fall in love with the country on that first visit. In fact even before the end of the holiday I was ready to go home. Despite the fact that we were staying in a great hotel next to a really fabulous beach, the overwhelming heat got to me, and that, along with a bout of very nasty food poisoning were enough for me to want to return home. I returned to my homeland and while reflecting on the holiday, realised that I'd had a good time and would like to go back again some time.

I had always wanted to live and work in a foreign country and have the opportunity to learn a foreign language to a high level, experience another culture, quite different to that of my own country.

It wasn't a hard decision to make but I did I give up a very comfortable, but relatively boring and largely predictable lifestyle, to pursue a new and potentially exciting lifestyle in Phuket. Yes, you read that right, Phuket, not Bangkok. But somehow that never quite happened. I spent 3 and a half weeks on Phuket followed by 2 and a half on Ko Samui before arriving in Bangkok which I quickly realised would be a better place to search for work. 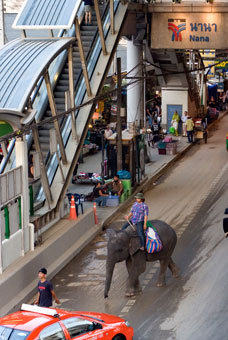 between these two jobs, I took the best part of a year off to study the Thai language formally in a language school, an experience I thoroughly enjoyed and one I would actually like to do again in another country. I have also had a few sidelines, as many teachers do. Teaching might be an honourable profession but if you want to maintain a decent lifestyle, well, teaching will really only pay the bills and not much more.

I have travelled around much of Thailand, including all of the major centres as well as many smaller places and out of the way spots. I've visited more than half of the country's 76 provinces and particularly enjoy making it to out of the way places, the sort of spots where there are few fellow foreigners. That said, is there a corner of Thailand where you don't find foreigners now? I doubt it! While I have enjoyed every place that I have visited, I always feel like I have arrived back home when I return to Bangkok.

I am male and I arrived Bangkok single but after five years in the Kingdom I married a local lady, something I had previously vowed never to do! Ahhh, we have all said some silly things in the past, haven't we?! In fact my life changed a lot in the first five years which I guess was around the point that I decided that yes, my future probably really was here, in Thailand. At the five year mark, I finally moved out of the small, cramped down apartment I had called home into a larger place a little outside the central city are. I then started leading a life quite different to the tourist like existence I had previously led.

Although most people consider me a bit of a nice guy, I do tend to be argumentative and have a few strong opinions on a few controversial issues. I'm not afraid to say that I really think and the concept of political correctness abhors me. Some of these strong opinions are represented here although I have tried to emphasize the factual information rather than harp on about my own opinion too much. So, you have a bit of a mix of facts and opinions and I try to qualify things so you know which it is! I do not purport to be any sort of expert on life in Thailand or anything silly like that – I just simply enjoy writing about life in Thailand for Westerners. I hope you enjoy reading my nonsense ramblings. 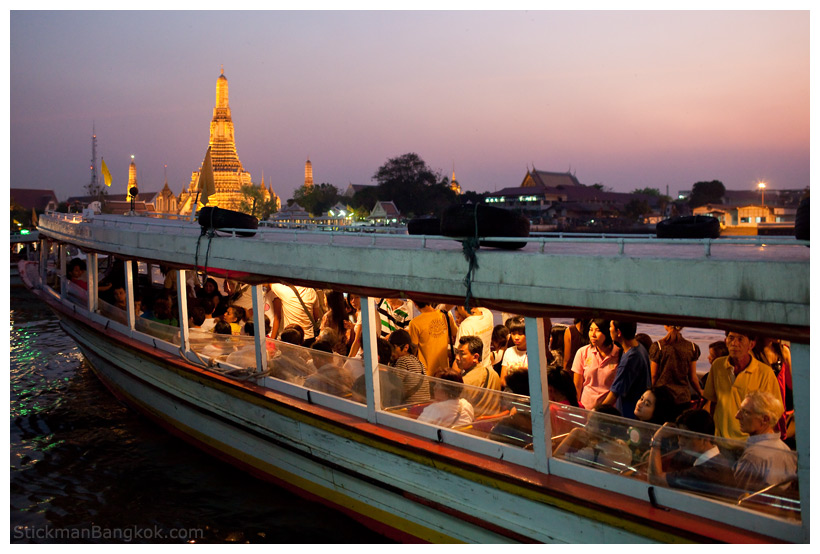