Living and Working in Bangkok 2012 Update

OK, so I am still here and I seem to have overcome the doubts in my mind and the malaise I went through for a few good years wondering if this was the right thing to do. I just hope I don't end up like one of the foreigners who ends up on the streets here. Like the guy in the photo below, more and more foreigners are coming unstuck in Thailand… 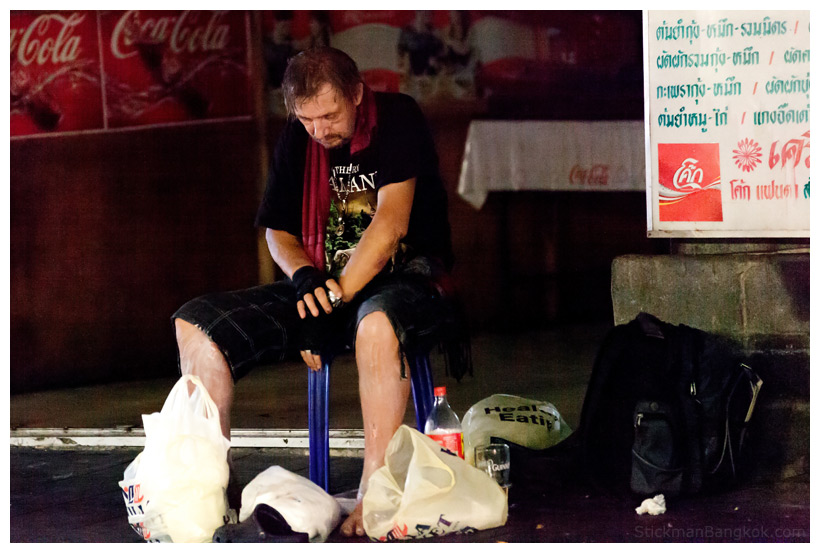 This "page" has grown over time into a very long document, approaching 100,000 words, which makes it about the same length as a novel. There are bound to be some typos here as well as some information that is factually incorrect, or has in time become out of date. Please do let me know if you spot any glaring errors as I am interested in keeping it as up to date as possible!

There are two major English language daily newspapers in Thailand, the Bangkok Post and The Nation. There are also a couple of popular regional rags, the Phuket Gazette and the Pattaya Mail as well as some smaller publications like Pattaya Today.

The Bangkok Post is far and away the most popular English language newspaper and is the one that most Westerners seem to prefer. It's very well laid out and has excellent coverage of international news. The sports section is good and the weekend entertainment sections are well worth checking out. With the emergence of the internet, coverage of international news is easy to get online. In my opinion, this paper lets itself down in the area of local news concerning Westerners living, working or doing whatever in Thailand. This is the paper's major audience yet too many issues and news worthy events concerning this not insignificant group aren't reported, and for me, that's a huge disappointment. One often hears about what is happening on the grapevine, rather than reading about it in the newspaper!

I often feel that The Nation and The Bangkok Post are English language alternatives to the Thai newspapers for the hi-so / Western educated Thais. Sure, there are columns or sections aimed primarily at Westerners which would be of little or no interest to the average Thai. There is a gap in the market for a newspaper that is written and put together by Westerners, for Westerners.

The Pattaya Mail is a nice regional newspaper that actually reports on what is happening to farangs in that part of the country. Available in Bangkok at a limited number of locations, it covers the nitty gritty. 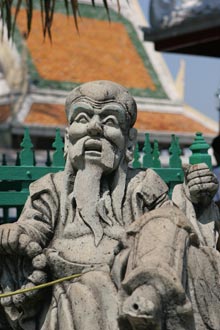 comes out twice monthly and is published on the 1st and the 16th. If you look hard you can find it in Bangkok – Foodland branches on Sukhumvit usually have a few copies.

There used to be a number of English language monthlies published in Bangkok, aimed squarely at Westerners but over time they have disappeared, presumably unable to make it commercially. For the Western male, The Big Chilli which is perhaps the pick of the bunch. I feel they do tend to pander to their advertisers a bit much but they do publish some interesting stories on expat affairs and what is happening in the big city. The market for English language publications is limited in Thailand. What used to appear in print is moving to the web and these days Thailand's expat population has a number of online sources of news and views about life in the Land Of Smiles.

If your Thai gets to the level that you are able to read and write it well, you will find that there are a large number of newspapers in the local language. The most popular Thai newspaper is Thai Rath, a tabloid style newspaper. The Daily News is worth a look too and more often than not the front page will have at least one gruesome picture such as an accident scene replete with an accident scene and / or a dead body! Welcome to Thailand!

If you enjoyed reading this, you might like to check out my Bangkok column, Stickman weekly, which has been published every Sunday since April 2001 and highlights what is happening in Bangkok at the moment!