The declaration of martial law in Bangkok early yesterday morning elicited horror images from world's worst hot spots. Mogadishu came to mind, as did Baghdad and more recently, Crimea. Martial law means soldiers on the street, curfew, trouble and imminent danger, right? Wrong! This is Bangkok and nothing is ever quite as it seems!

I started at the Asoke intersection although I didn't expect to see anything there. I was right – nothing had been reported from that part of town and when I was there it was life as usual, with nothing going on.

It was a beautiful sunny morning in Bangkok strolling along Sukhumvit from Asoke towards Nana, a walk I have taken hundreds of times over the years (ordinarily long after the sun has gone down). Office girls were ambling to work, the birds were signing and even at that early hour girls at Lolita's called out, inviting me inside. 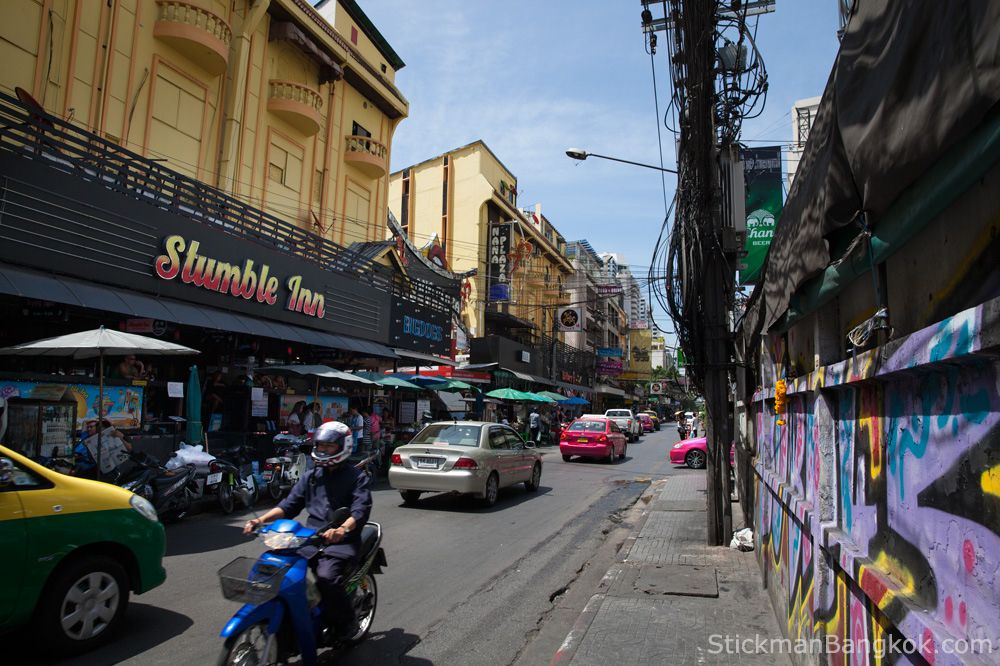 I walked around Sukhumvit sois 4 and 6 and nothing was out of the usual. The bars had opened and were operating as per usual. There was no sign of any police presence and neither were there any soldiers, bunkers or military vehicles.

I proceeded east along Ploenchit Road, passing the strategic intersection of Wittayu where it's a short walk down to the US and other embassies. No soldiers, no police presence, no nothing! 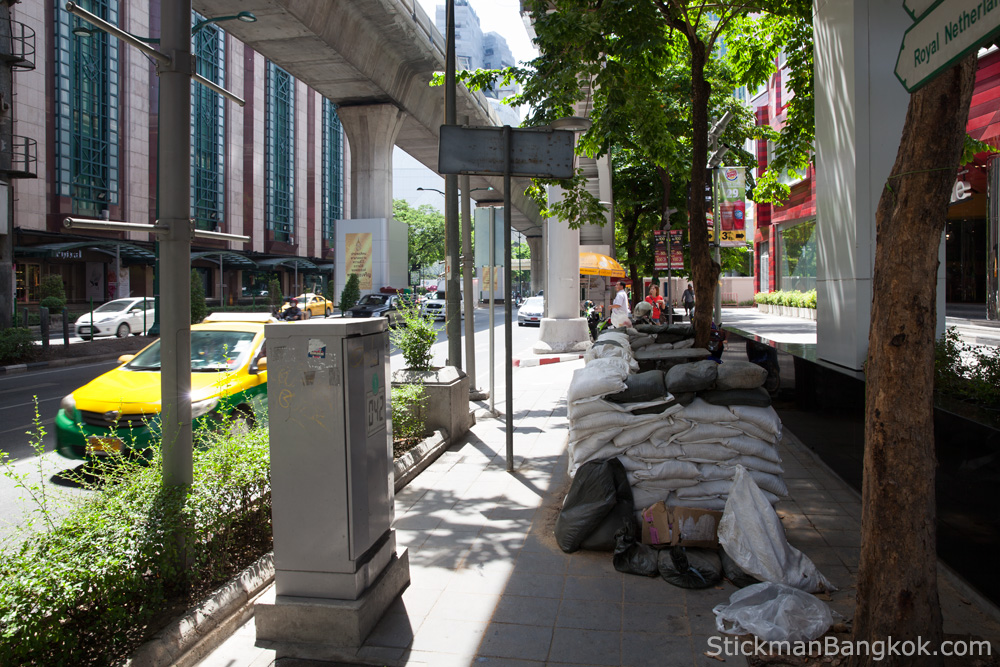 I headed west in the direction of Siam Square and it was at Central Chidlom that I spotted the first sign of any military presence with a small bunker set up opposite the flagship Central department store. Is this a strategically important intersection? Or is it that the Thai-language version of The Art Of War has a supplementary section on the importance of guarding and looking after high-end shopping malls?

Had the bunker been abandoned? Were the soldiers off around the corner grabbing some som tam and sticky rice? I had still yet to see a soldier. 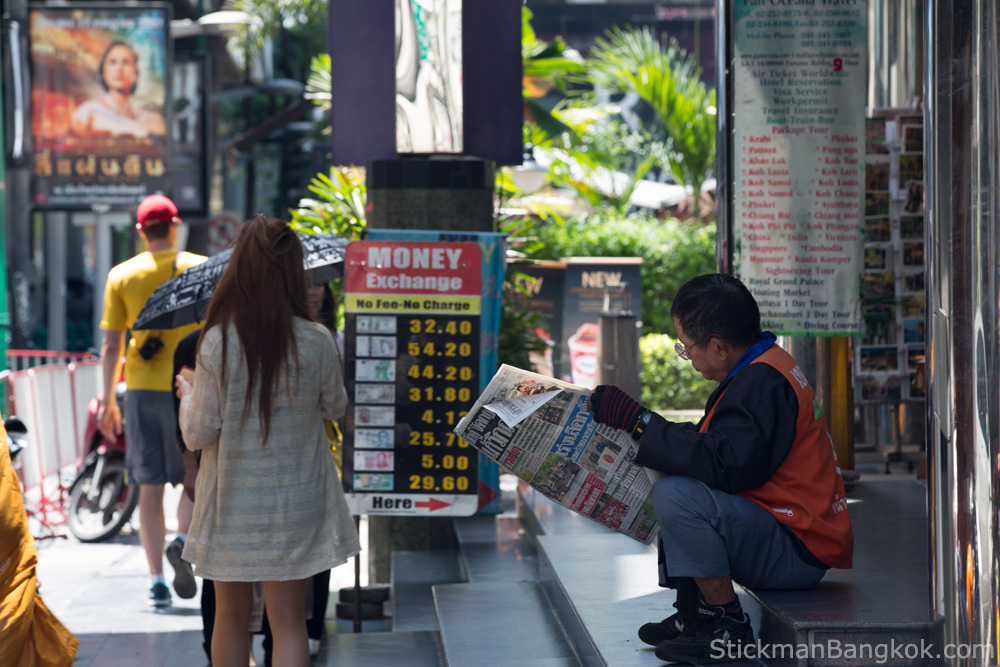 I proceeded further west along Ploenchit Road and observed that it was life as usual. People were relaxed, there was no tension and there was no sign of any martial law! 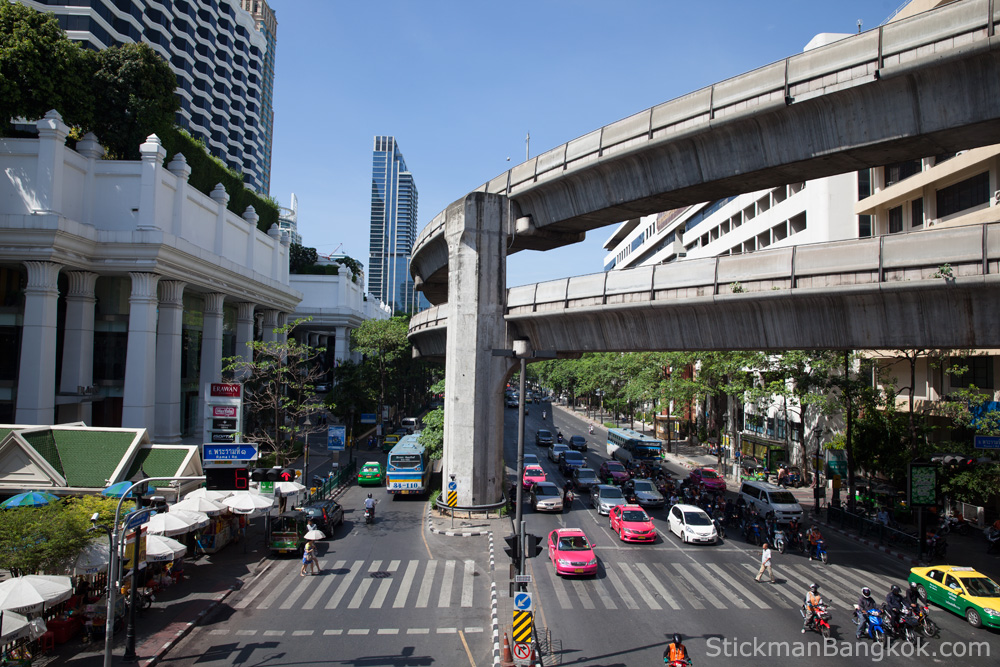 So on I went to the Rachaprasong intersection, where both the reds and the yellows have held rallies and where soldiers were shown patrolling on live TV yesterday morning. When I get there….nothing! There was no evidence of any military figures around at all! 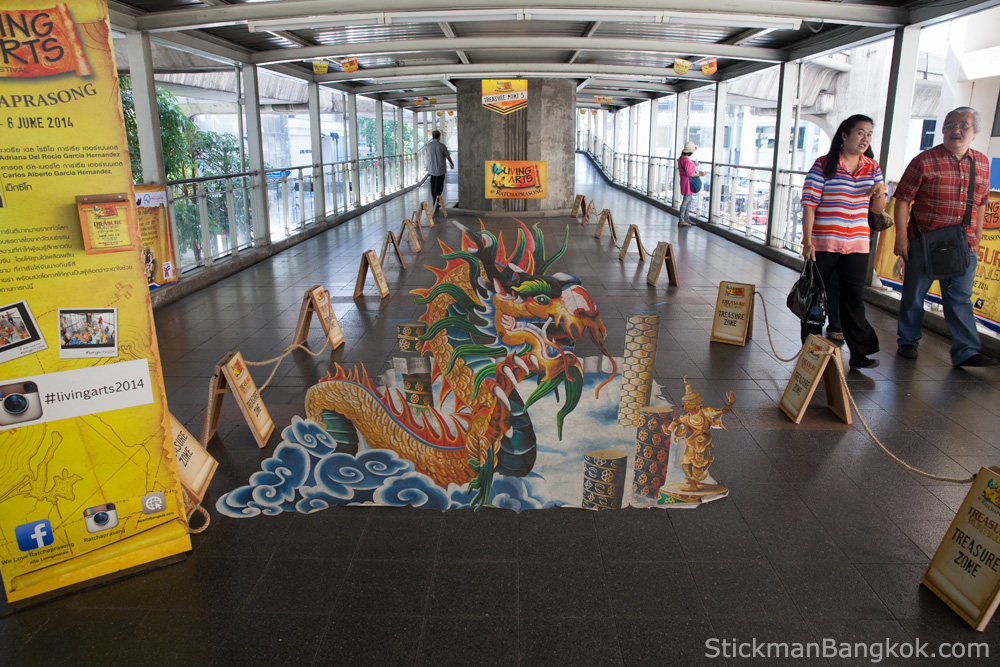 I made it up to the skywalk and headed further west towards Siam Square.

Passing Police National HQ I noted the signage out front which was defaced when the area was occupied by protesters had been replaced.

Coppers were standing around at the entrance joking with one another. It was just another happy sanuk-filled day in Bangkok for the boys in brown. 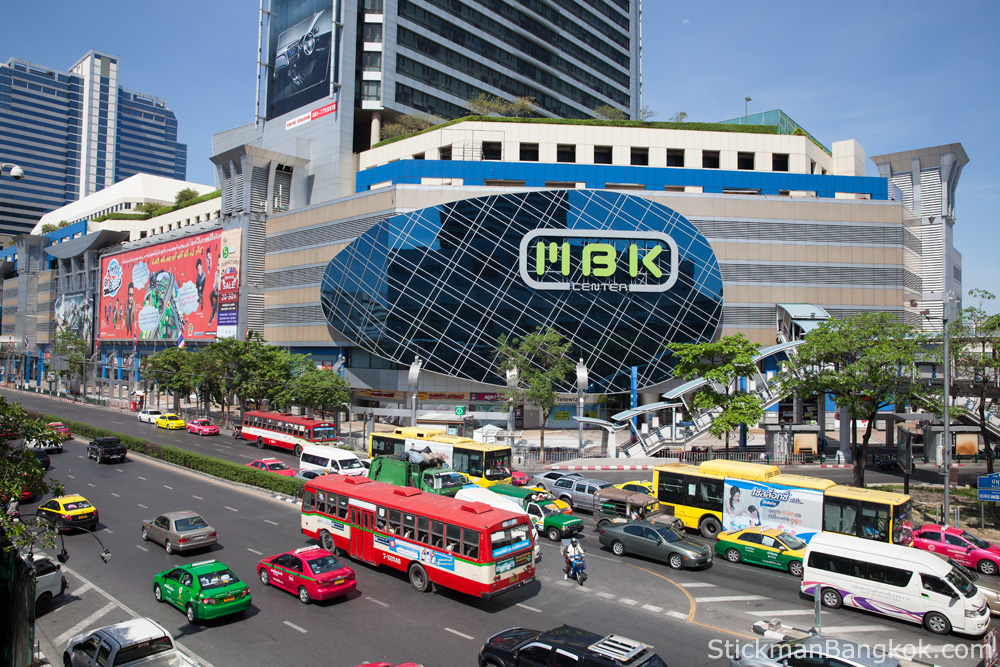 On to MBK and there was still no evidence of any military anywhere. Not one soldier seen and nothing out of the ordinary.

Martial law was announced in Bangkok early yesterday essentially giving more powers to the army to deal with any situation. Reports ran all around the world that martial law had been declared in Bangkok and no doubt more people cancelled trips to Bangkok and others chose to put off their travel plans.

Yes, Bangkok is currently under martial law, but there is no evidence of it anywhere in downtown Bangkok with the exception of a few small bunkers made of sandbags. There are no soldiers to be seen and it is very much business as usual. There is no curfew. There aren't any reduced hours of business. Shops, attractions, bars and restaurants are all open as usual. If
you had not read the newspaper, watched TV or, as I guess most of us get our news these days – been alerted online – you would have no idea that martial law had been declared in Bangkok!

Don't be put off visiting Bangkok at this time. Life feels normal in downtown Bangkok – or, at least, as normal as things ever are here. Today feels absolutely no different from before martial law was declared. Bangkok is its usual self and it's very much business as usual!

The End Of The Bangkok Shutdown