Red or Yellow, Make Your Mind Up!

Strolling along Sukhumvit Road, on to Ploenchit and then Rama 1 Road last week, checking out the Asoke, Rachaprasong and Patumwan protest sites, I was struck at the way most motorbike riders along the way were wearing items that clearly identified them as supporters of the protest movement. Be it a headband, a whistle, a hat or a wristband, the majority were showing their allegiance to the cause. Why did this surprise me? Because many motorbike taxi riders come from Isaan, the power base for the red shirt movement!

So as I see all of these motorbike taxi riders in protester gear, I found myself wondering if perhaps they were playing both sides. Could it be possible that some that flit back and forth between whichever side is flavour of the day, whichever side looks like winning or perhaps whichever side makes it most worth their while for them to support? 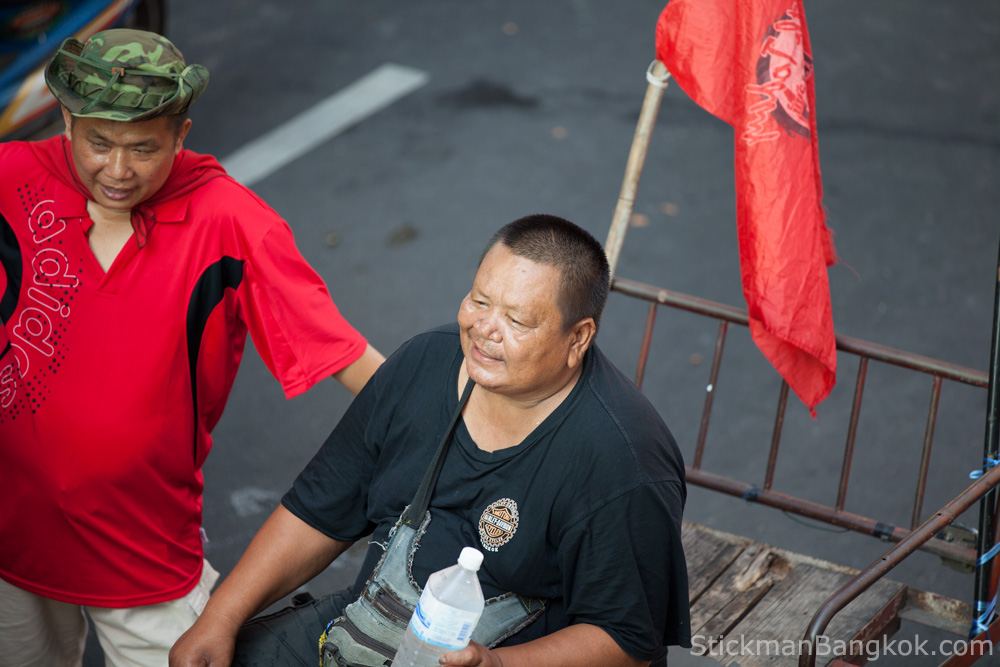 May 19th, 2012, the 2nd anniversary of the military crackdown on the red shirts.


Regulars and residents of Soi Nana are familiar with the hefty one-legged beggar who sits in a wheelchair and can often be seen holding out a cup when foreigners pass. He has two favourite spots – in the shadows of the police traffic control box at the mouth of soi 4, and on the footpath directly outside Bully's. 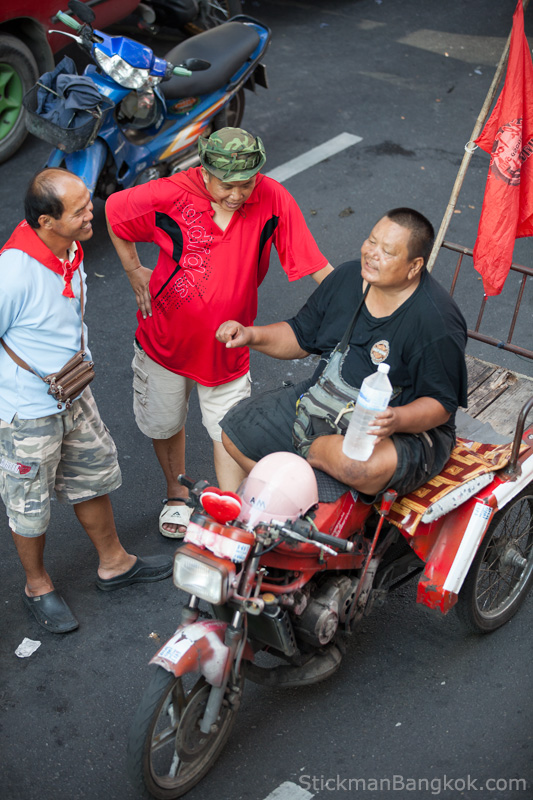 May 19th, 2012, the 2nd anniversary of the military crackdown on the red shirts. 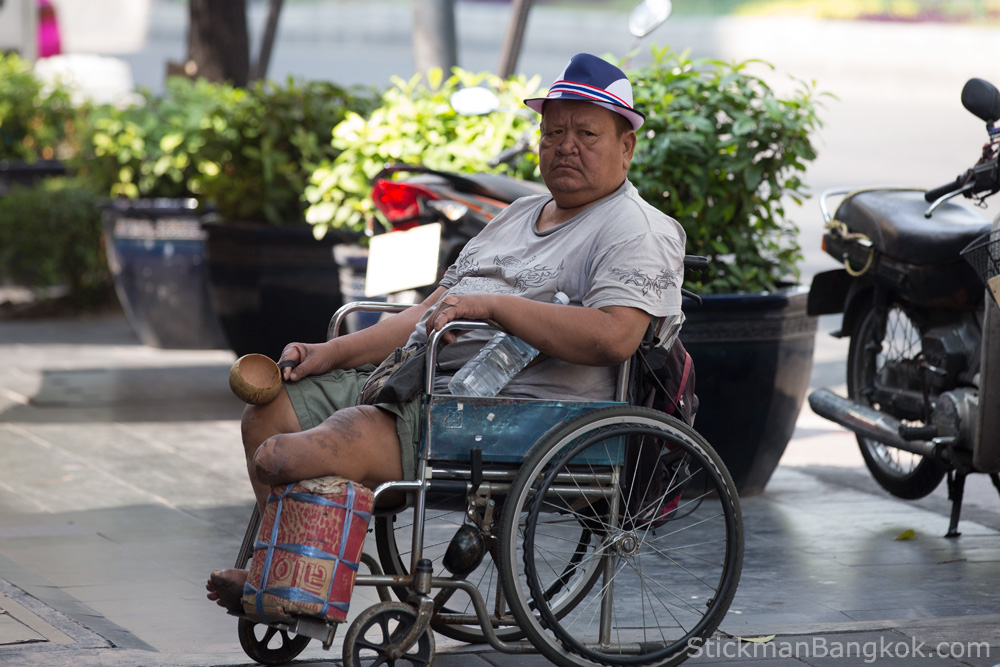 January, 2014, during the period of the current protests.

In this photo taken just a few days ago, he can be seen wearing a hat with the colours of the Thai flag wrapped around it, one of many items being sold to identify supporters and to help finance the campaign.

I find myself wondering what some of these so-called protest supporters would do if the reds came to town. When the current protesters are in their backyard, they show allegiance to the movement. But what if the reds come down the road?

Red one day, yellow the next?