Bangkok Comes To A Standstill 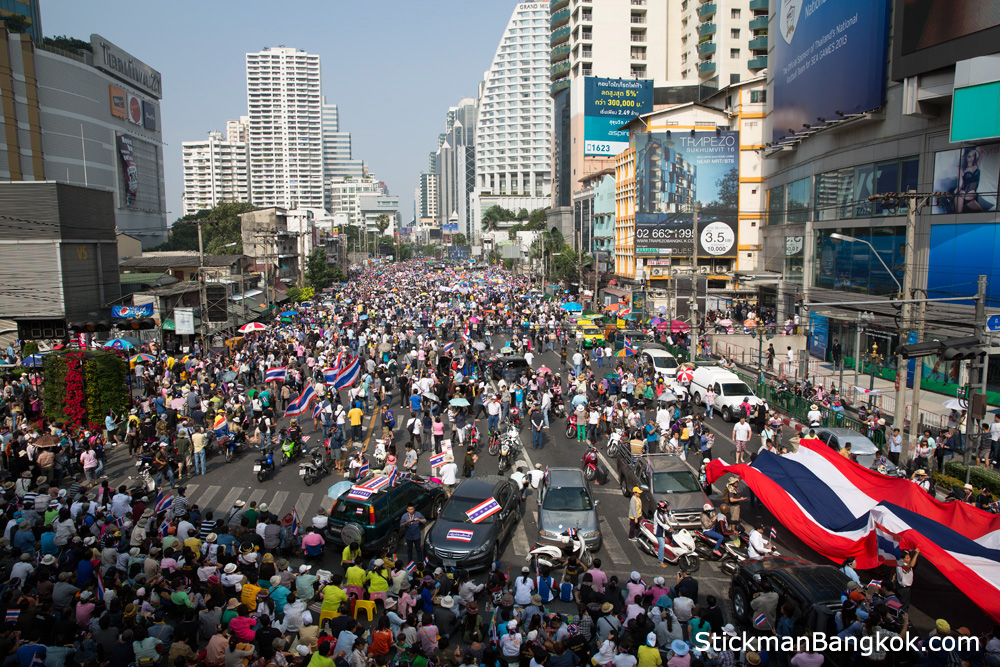 Today was a day to stay off Bangkok's roads as protesters set up stages and rally points at a number of busy intersections downtown, effectively closing roads and essentially meaning one shouldn't go out unless it was absolutely essential.

One of the rally points was the Asoke intersection where a stage was set up this morning. It was not until after lunch that protester numbers swelled and around 1 PM the intersection was closed. From Sukhumvit road up to the Millennium Hotel was taken over by protesters.

The rhetoric was the same was it has been with wishes to see political reform before the planned elections on February 2nd. There was less of the cursing and vulgarities aimed at the Prime Minister and her famous brother along with bands on stage playing favourite old folk songs, some with the lyrics changed and about the current protests.

Young and old were out with a surprising number of teenagers in the crowds.

It was not a good day to be getting to or from hotels and the airports, with roads blocked by protesters, and no doubt many condominium and apartments dwellers would not have been able to get their car out – or get it back in if they had gone out earlier. A few tourists could be seen lugging their suitcases through the intersection, looking lost, not really knowing what was going on or where to go.

Soi Cowboy was over-run with protesters who used it to escape the sun while a very small contingent of police lounged outside the Corner Bar.

Yesterday was busy like crazy in shopping malls as Bangkokians flocked out to do their pre-Christmas shopping in the knowledge that today it simply wouldn't be possible to get anywhere by road.

Reports have it that the skytrain and underground are extremely busy today as they become the main form of transport with long, long queues at some stations. It was bedlam at the Asoke station, total madness and much, much worse than it can be on Friday nights.

There can be no doubt that the protesters mean business and today's numbers make an emphatic statement that they will be out in numbers until what is shaping to be a very bitter end.

The photos below were taken from the Asoke intersection this afternoon. This is just one of a number of stages and rally points set up in downtown Bangkok – and this was far from the biggest! 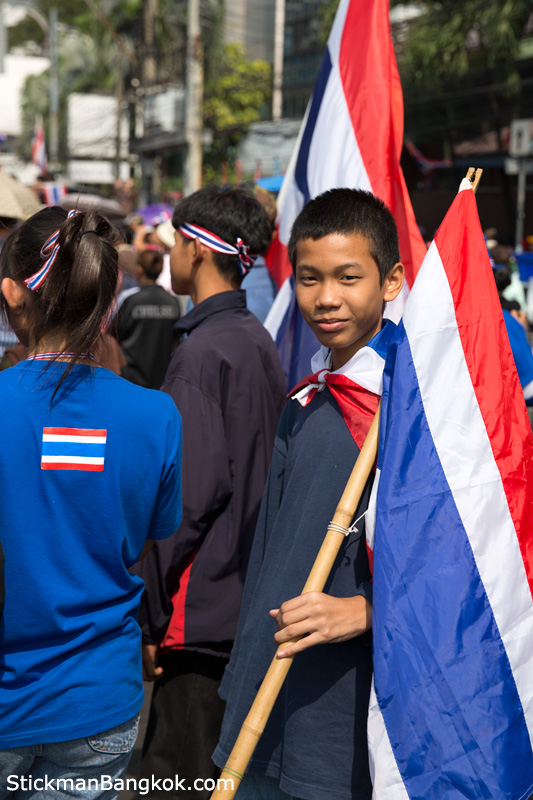 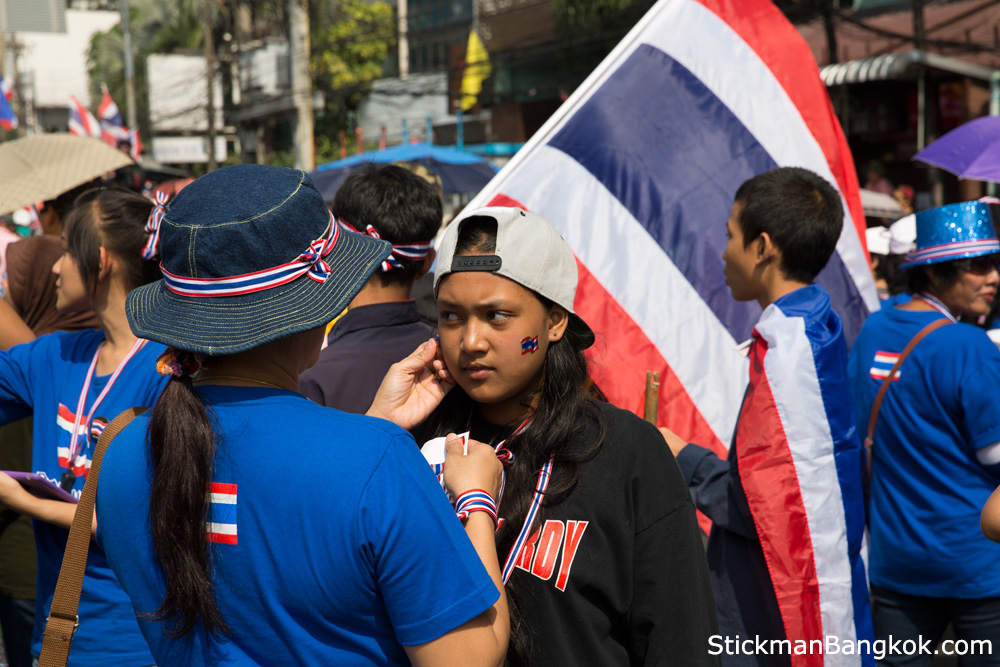 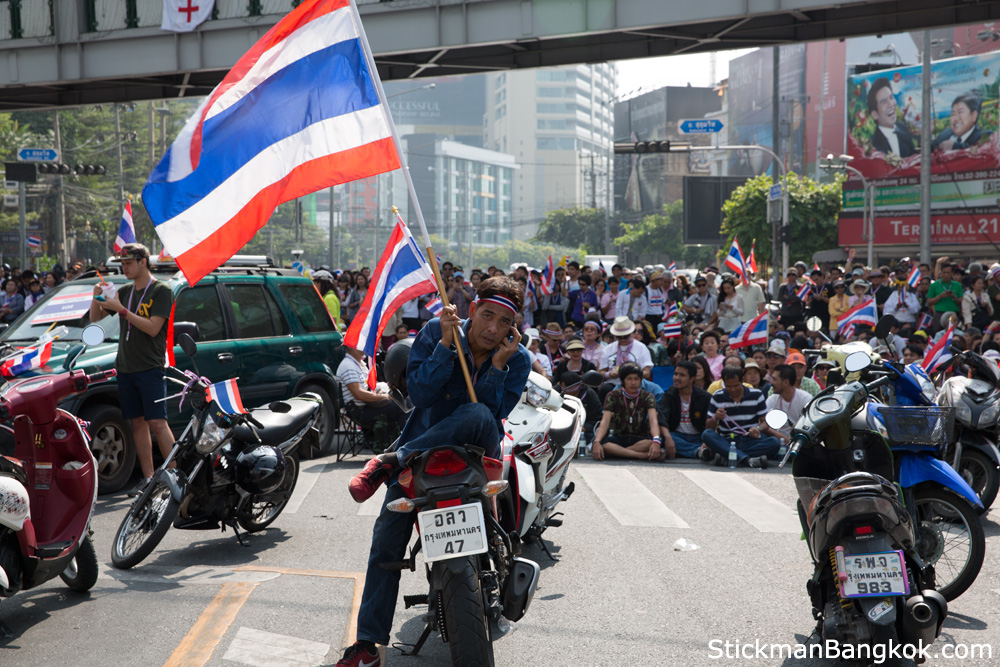 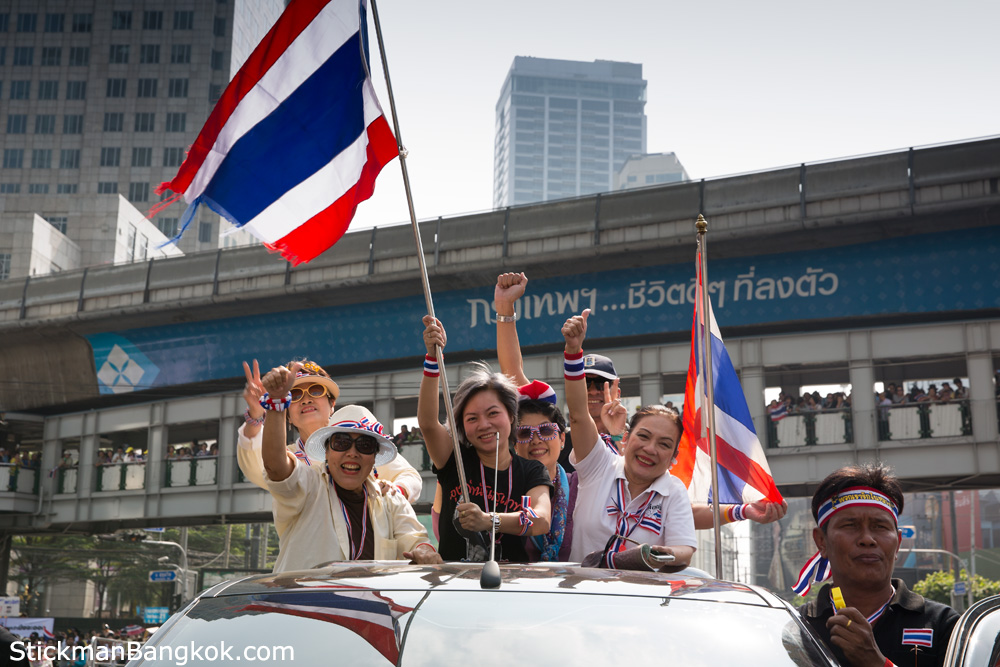 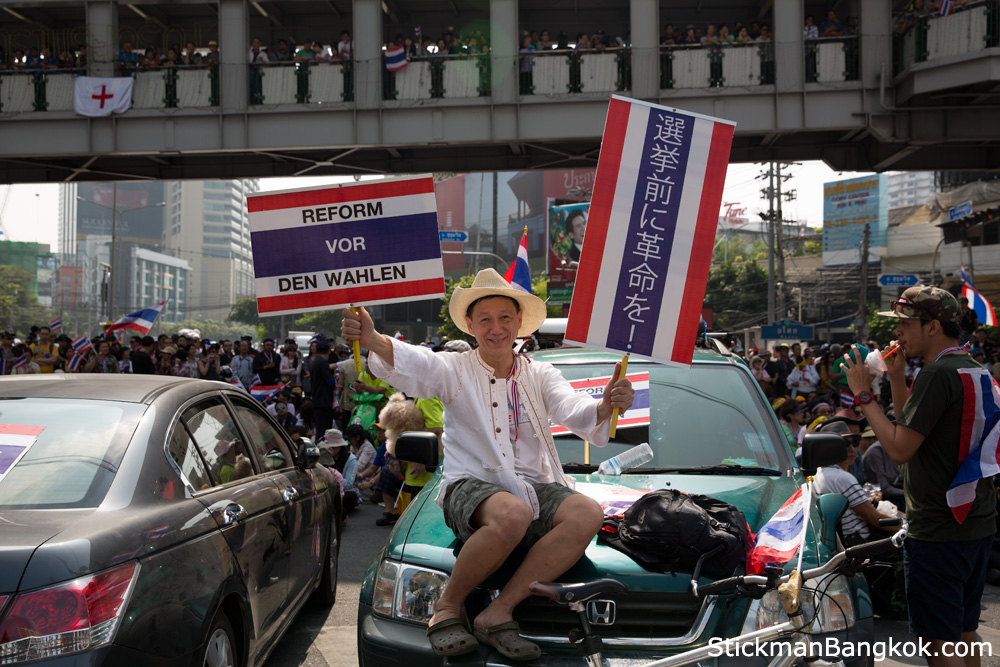 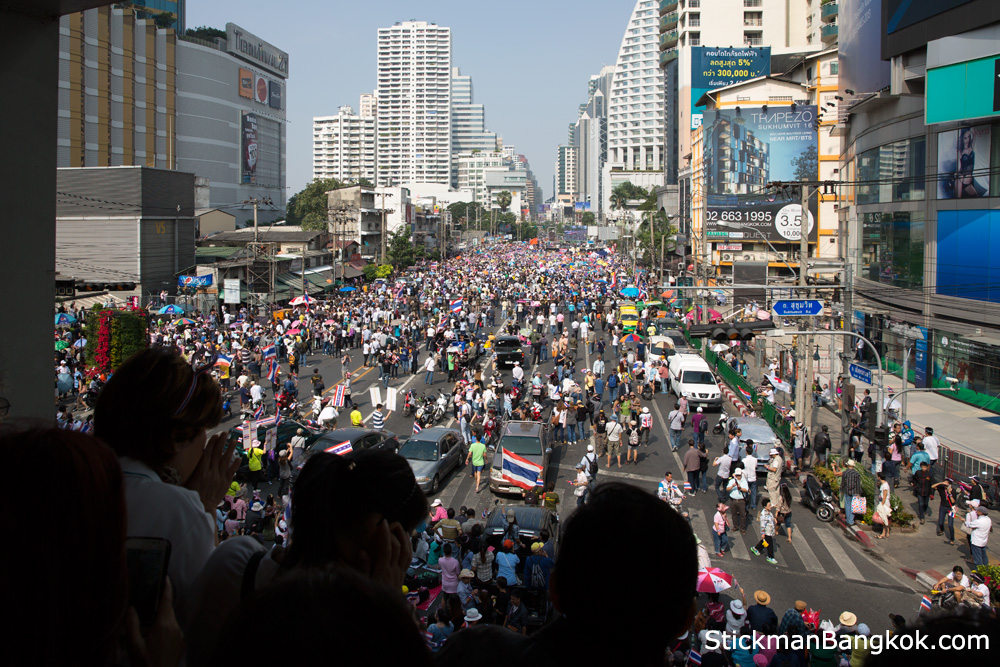 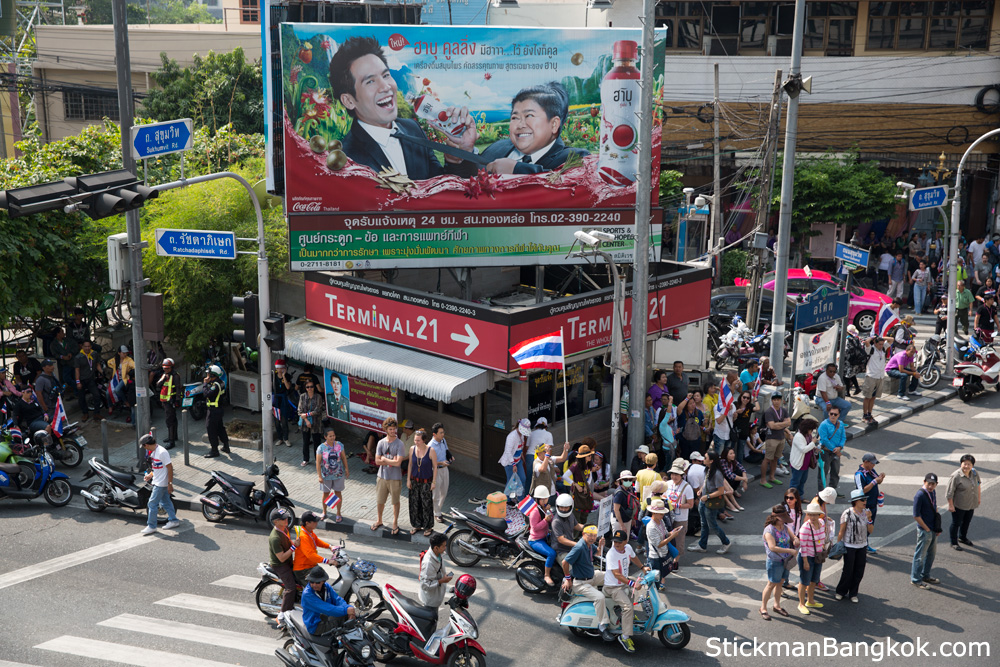 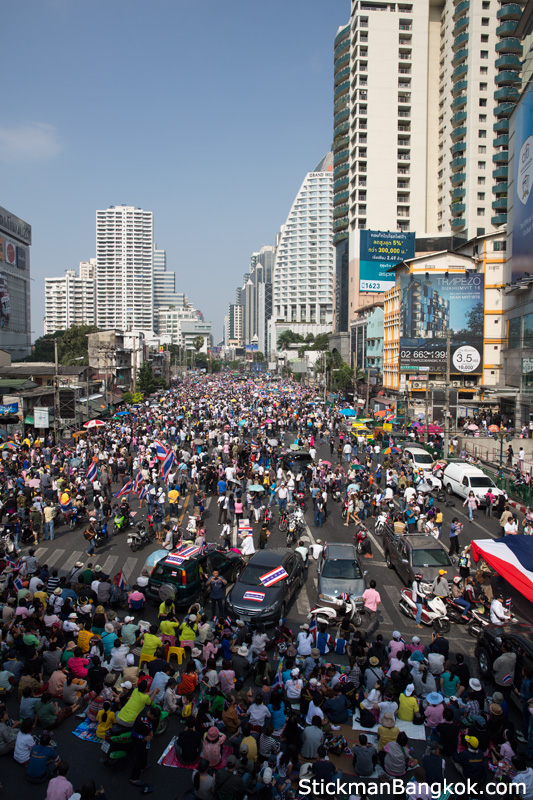 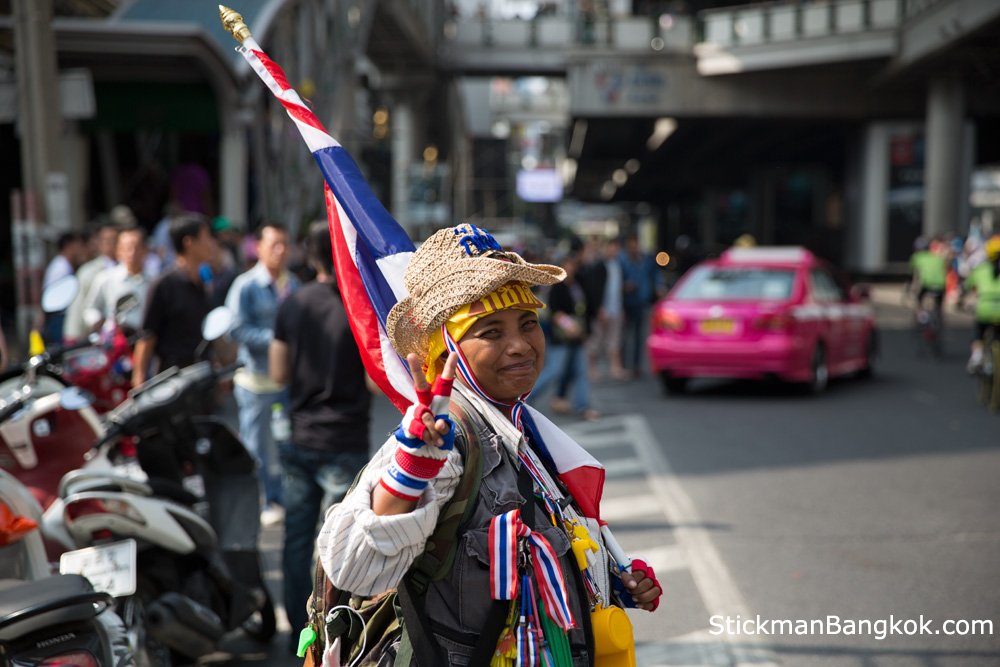 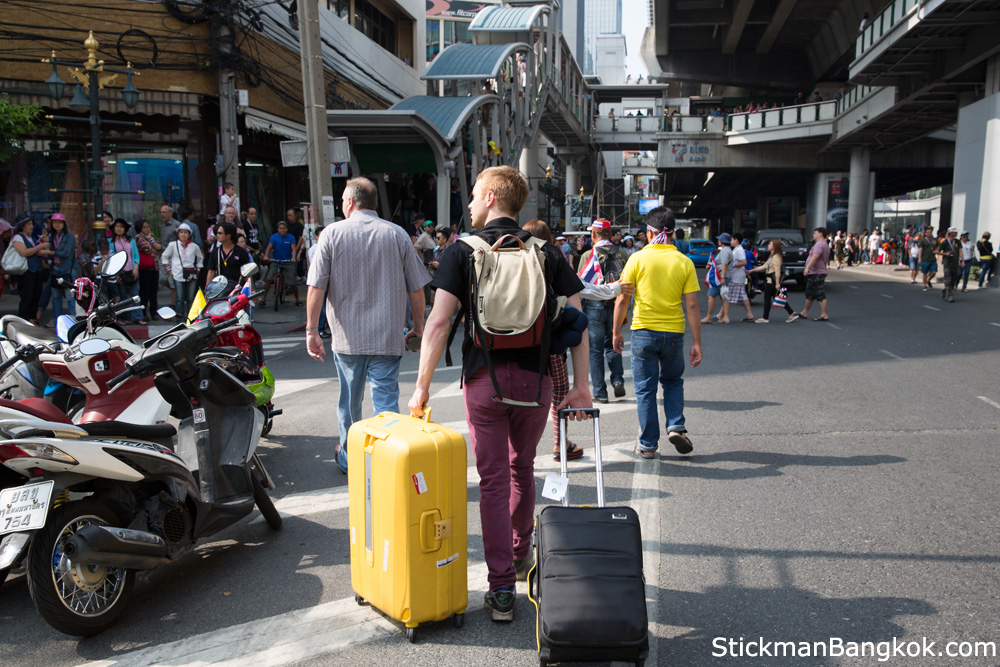 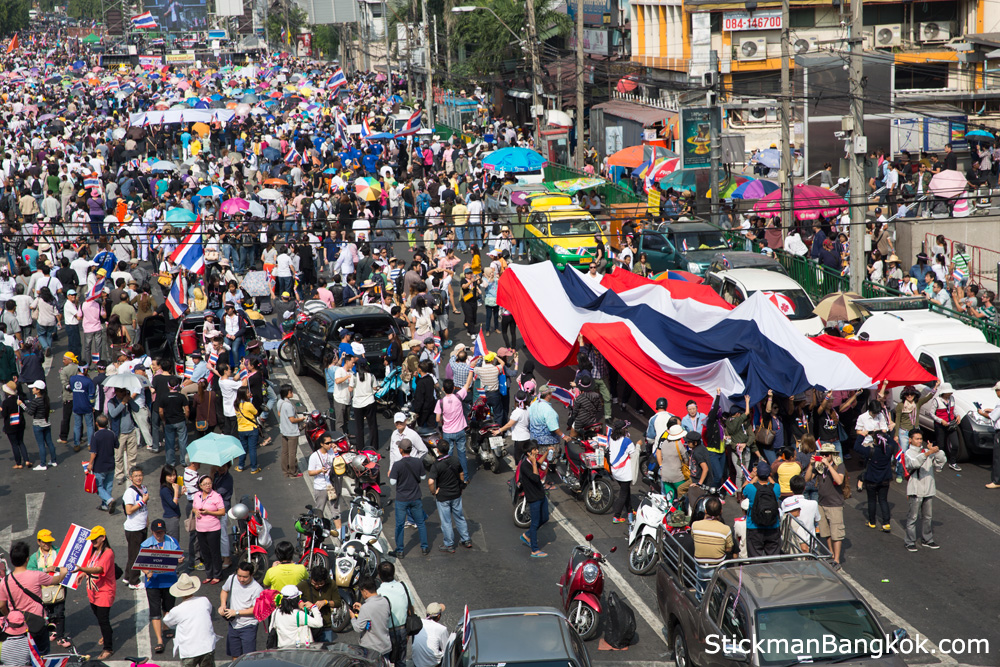 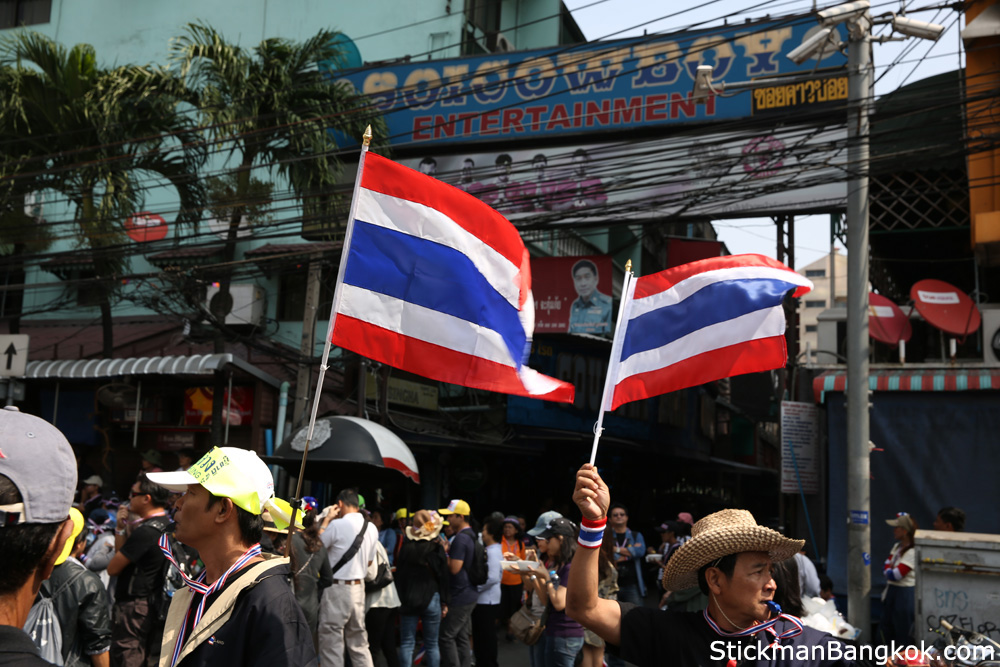 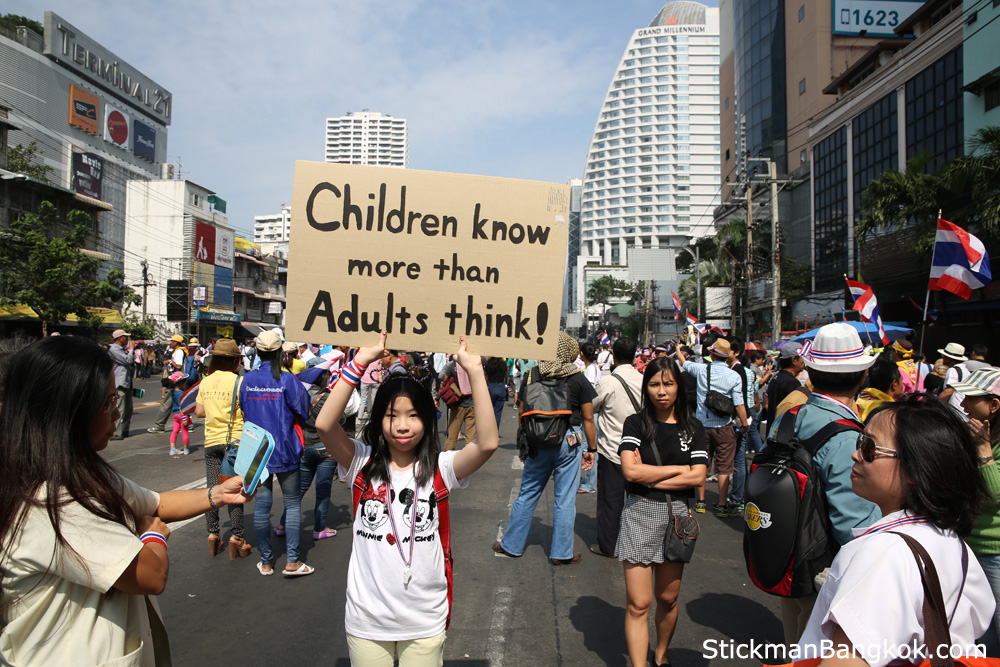 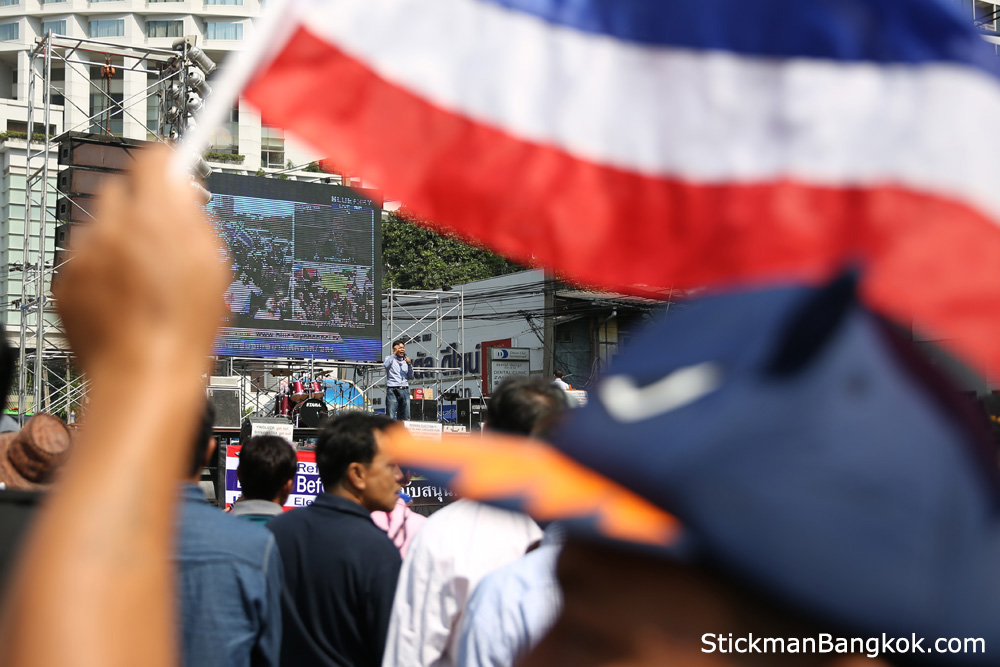 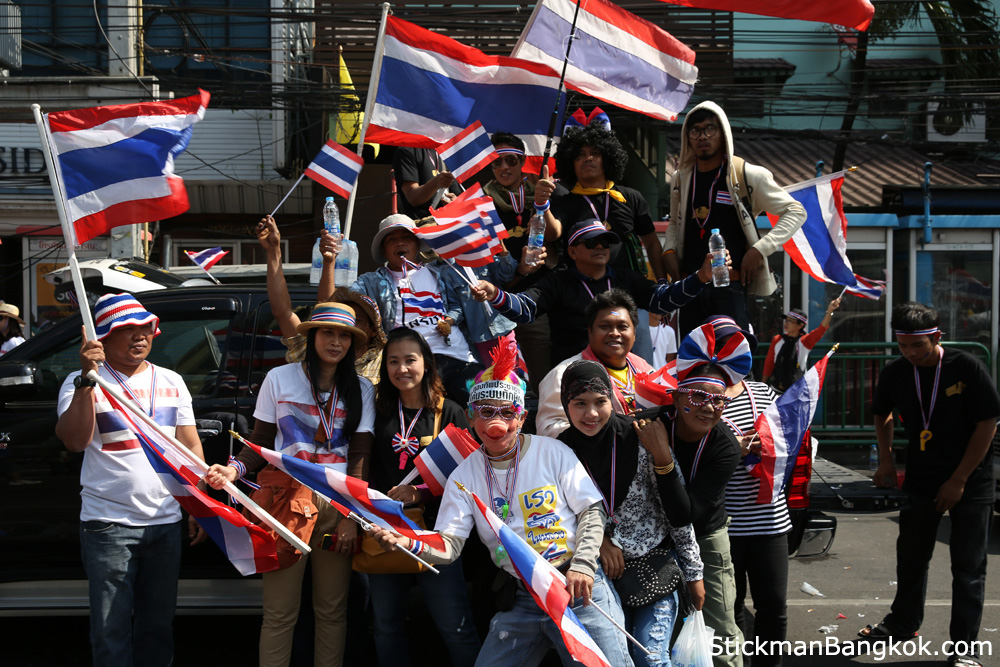 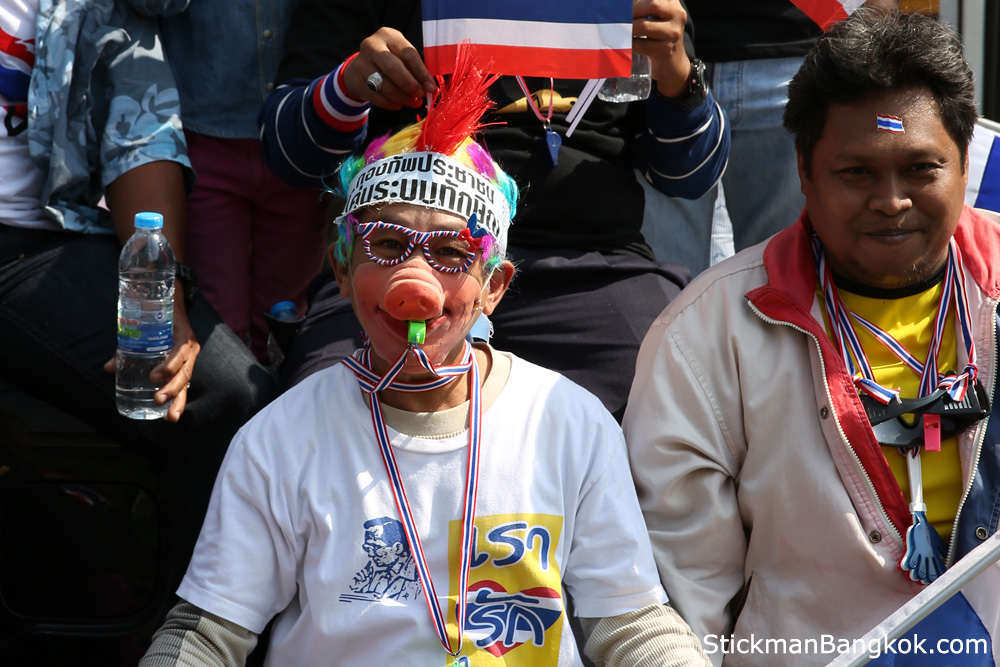 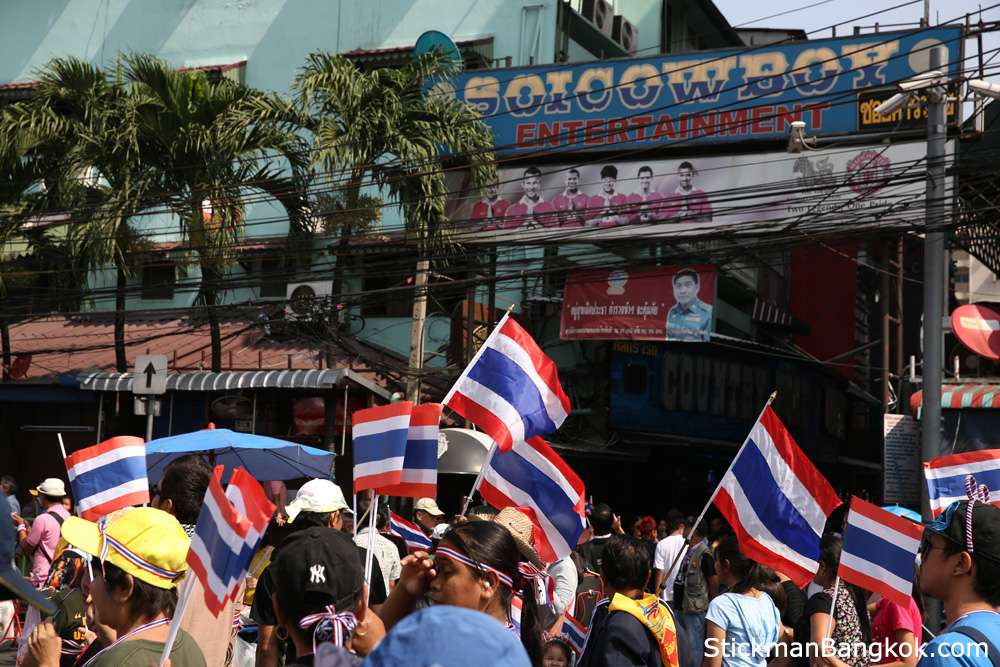 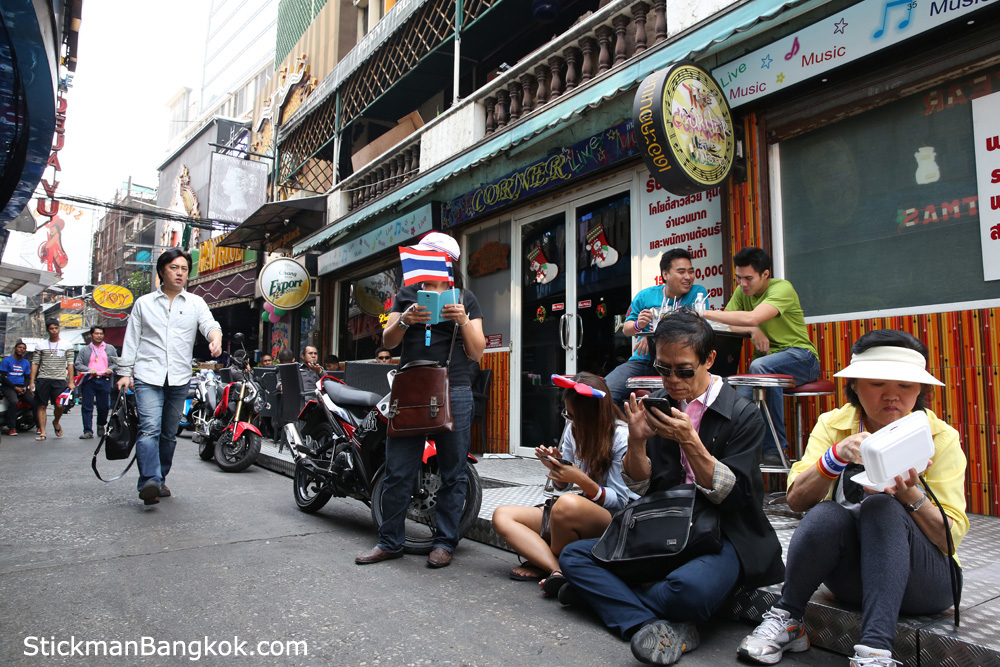 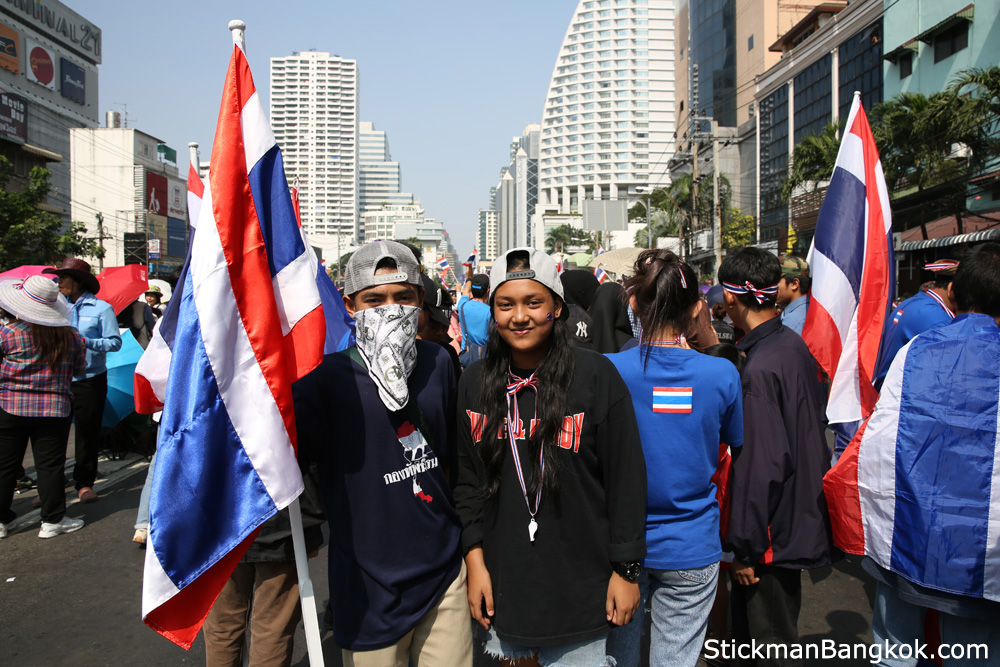 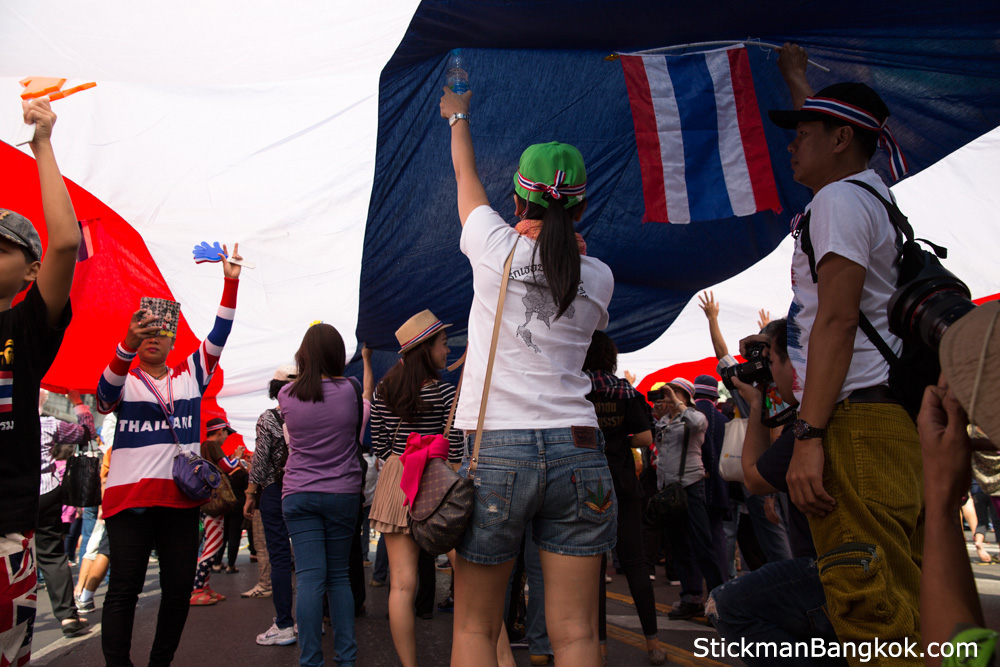 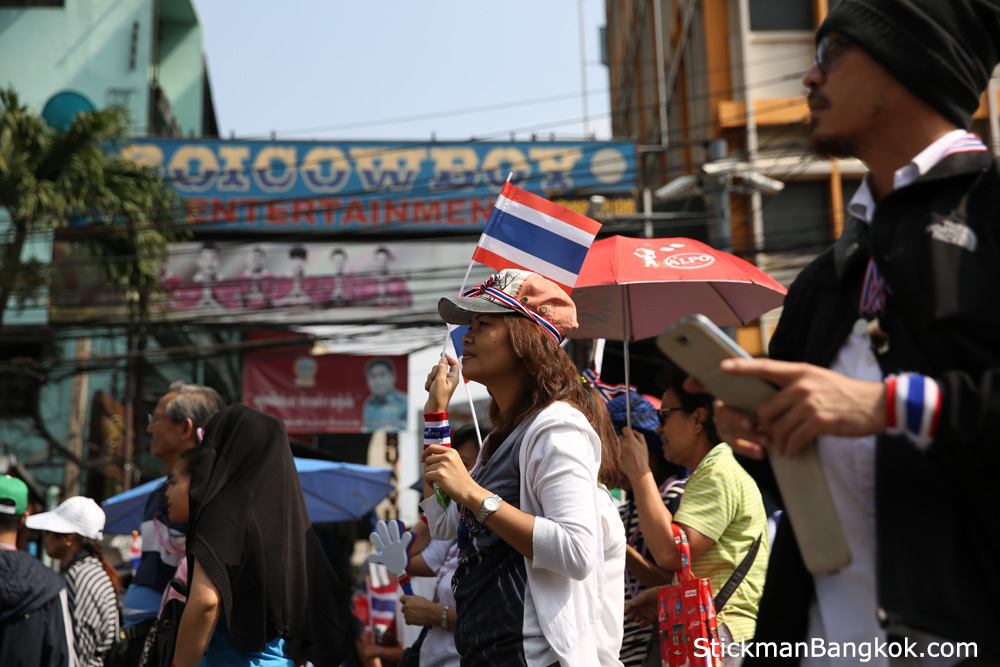 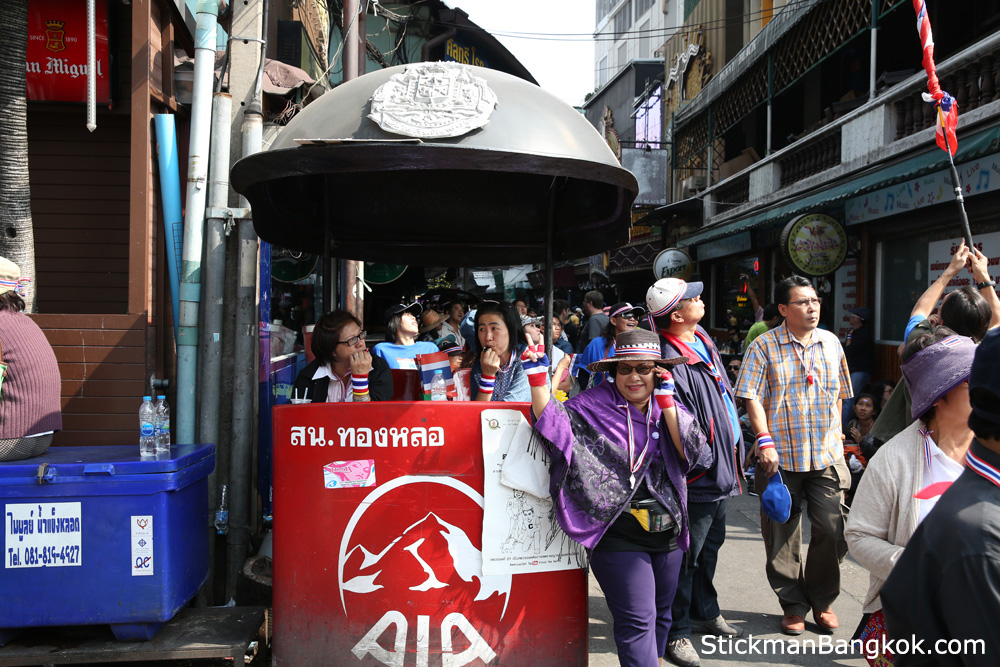 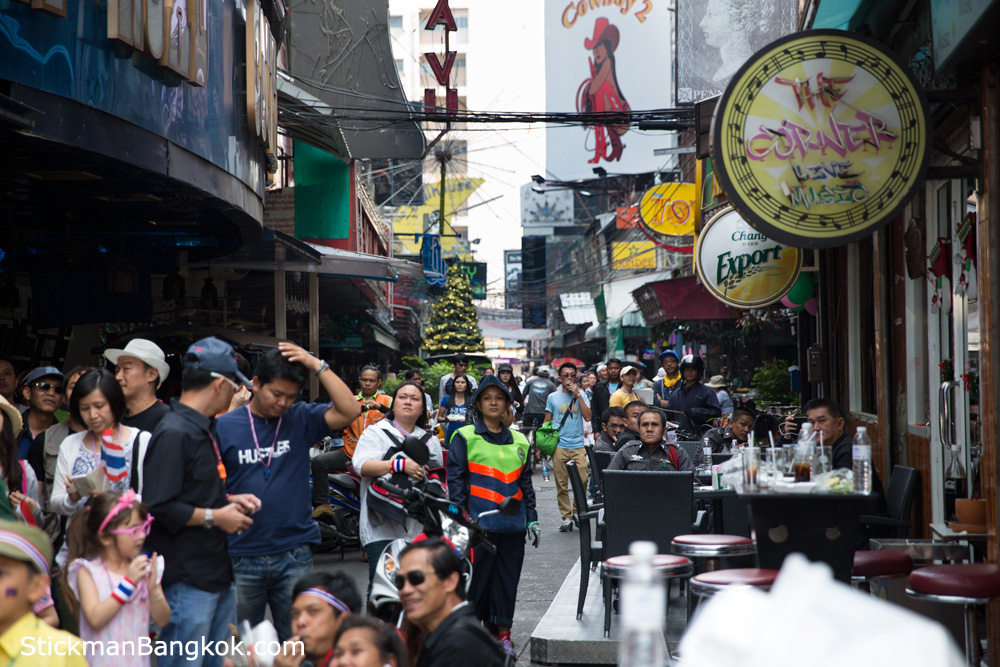 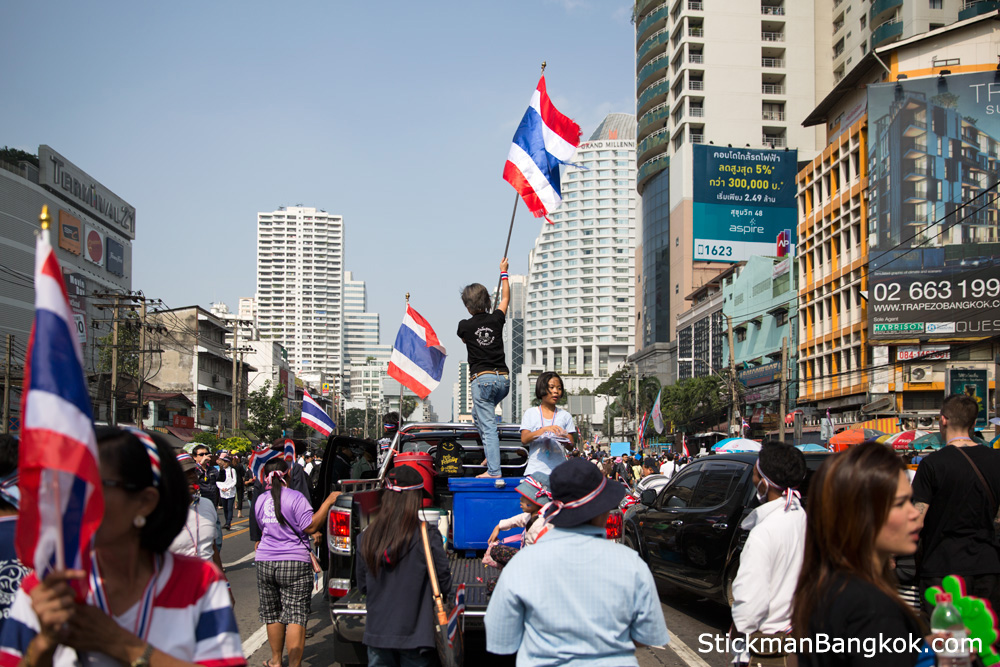 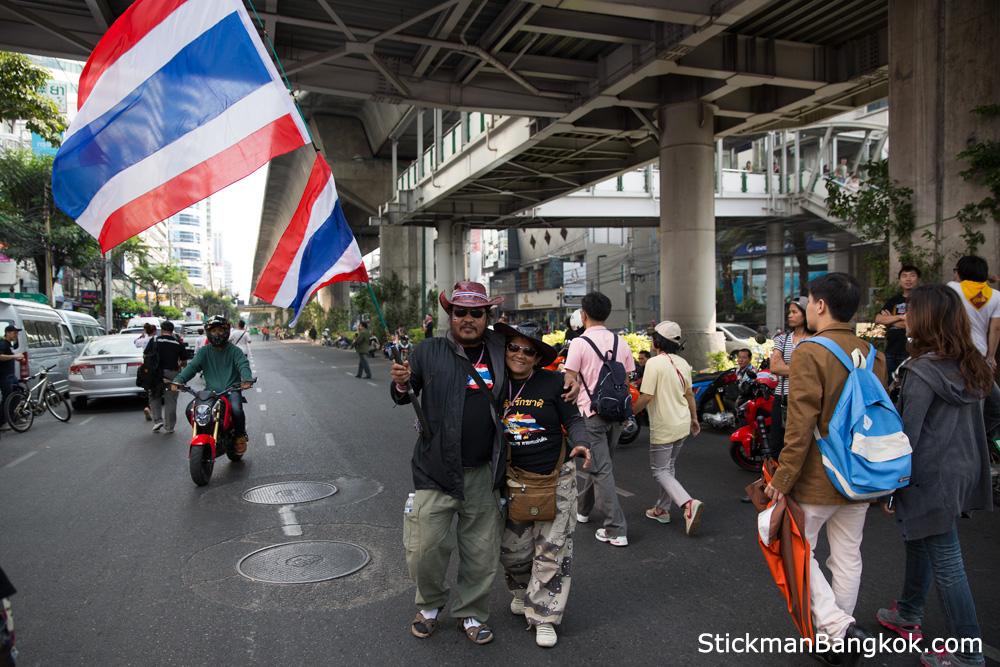 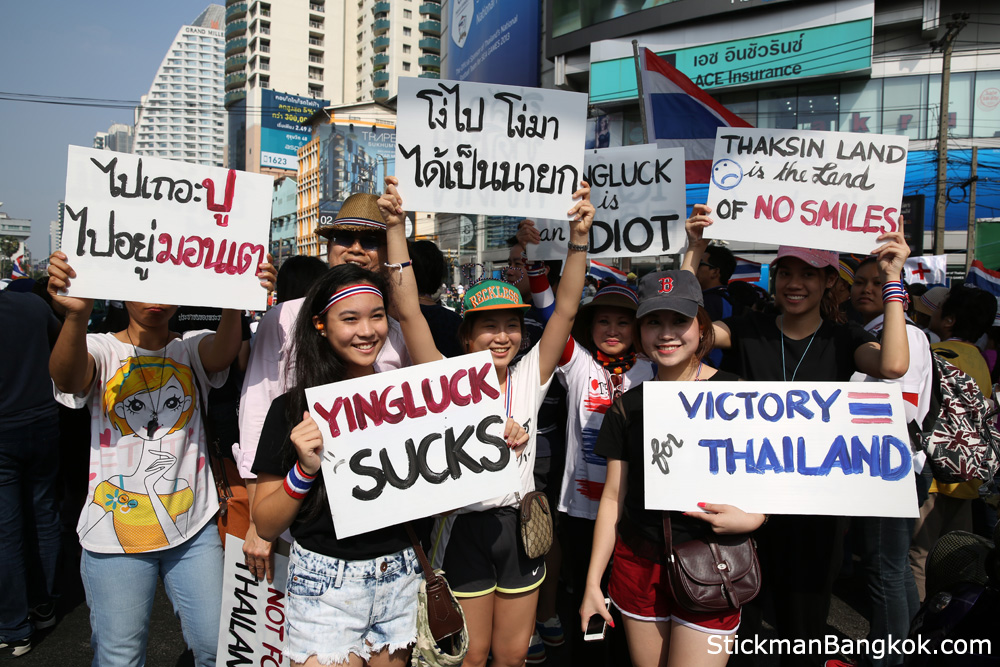 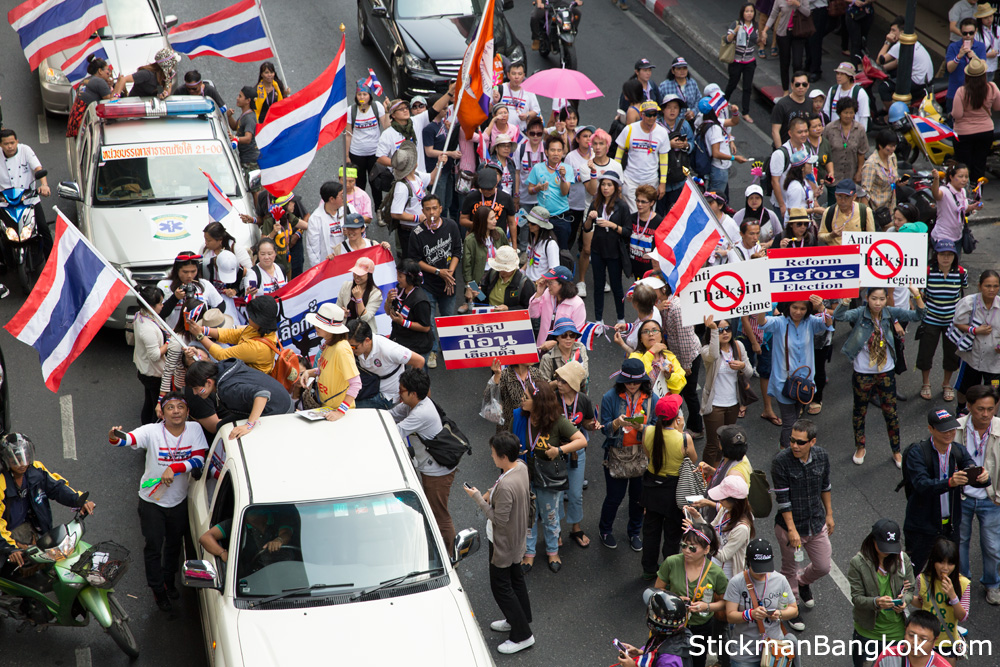 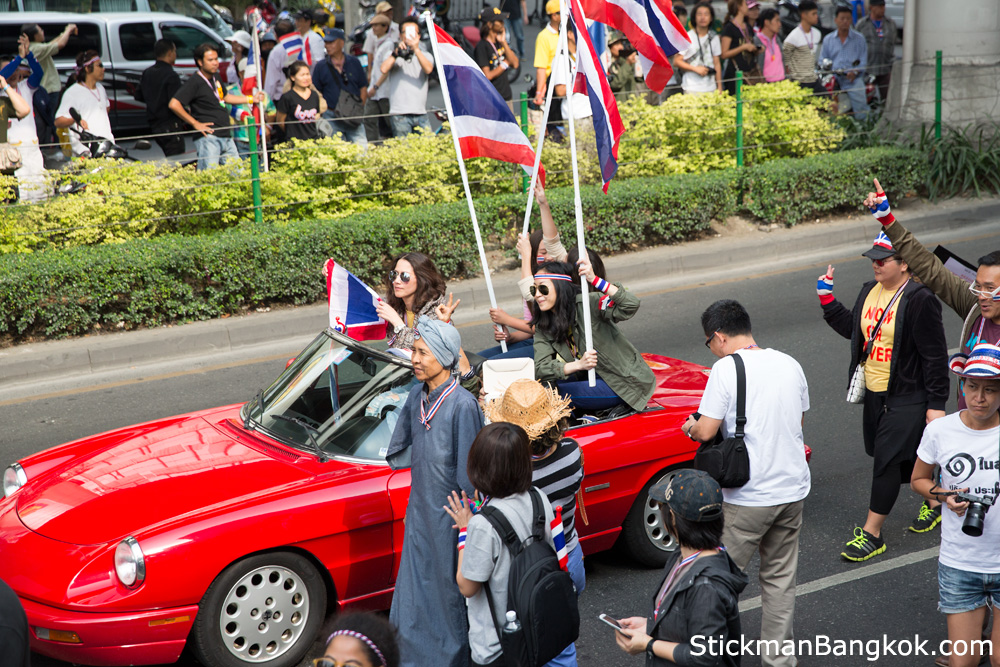 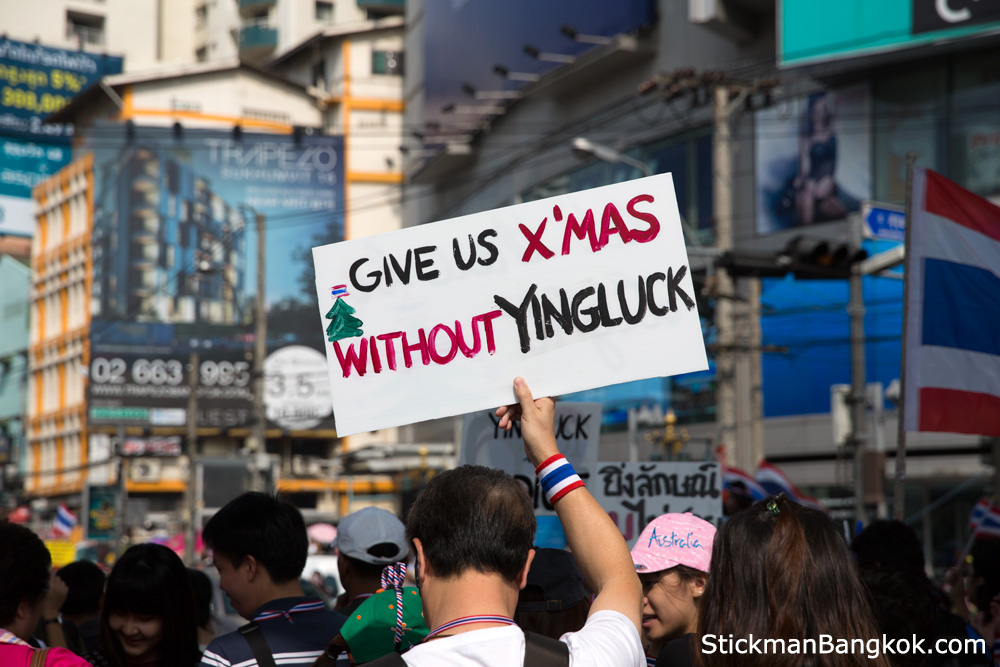 The Bangkok Shutdown By Day