It’s the middle of the hot season and while it has been a little less harsh since the weekend when we had the first decent rainfall in months, it remains bloody hot in Bangkok.

Spare a thought for the soldiers who are out there on the streets, patrolling, waiting for a possible invasion of the area by their fellow countrymen. It’s blazing hot and there they are, out there in full combat gear, carrying goodness only knows
what and how much in weight, wearing a big helmet and carrying a gun. It's no easy job! 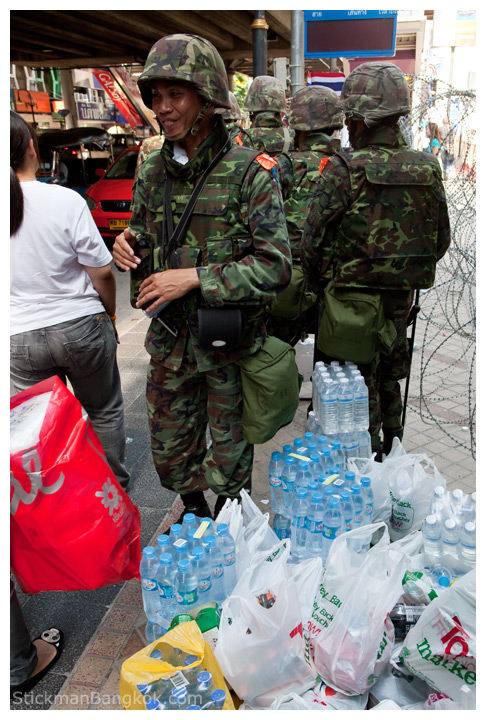 But it has gone way beyond just words of gratitude. At heart Thais are a generous bunch and it has been touching to see the way so many Bangkokians have come out in support of the police and the military. 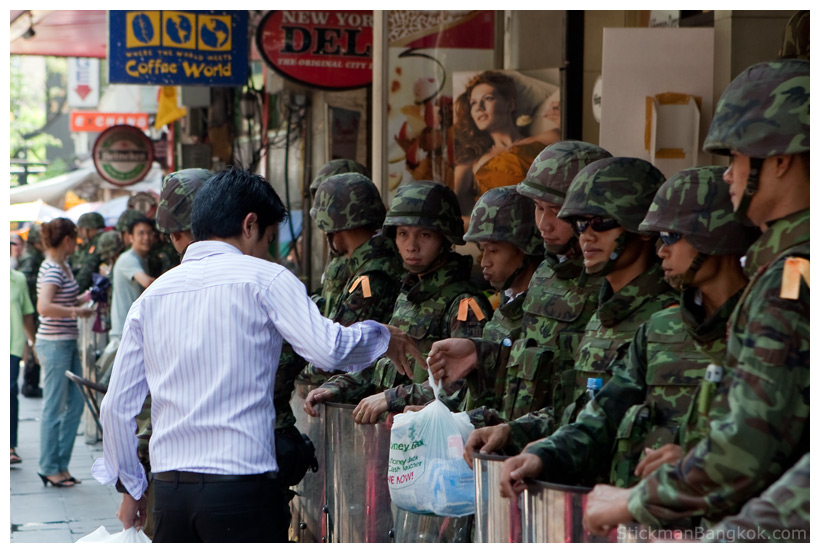 In the blazing midday sun, instead of hiding in the shade at their favourite eatery to protect their precious white skin, office girls are seen exiting convenience stores with bags of goodies which are presented to their protectors. Bottles of water,
cans of drink, pa yen (refrigerated cold towels), doughnuts, pastries, snacks and even Styrofoam containers of favourite meals have been presented to the troops. 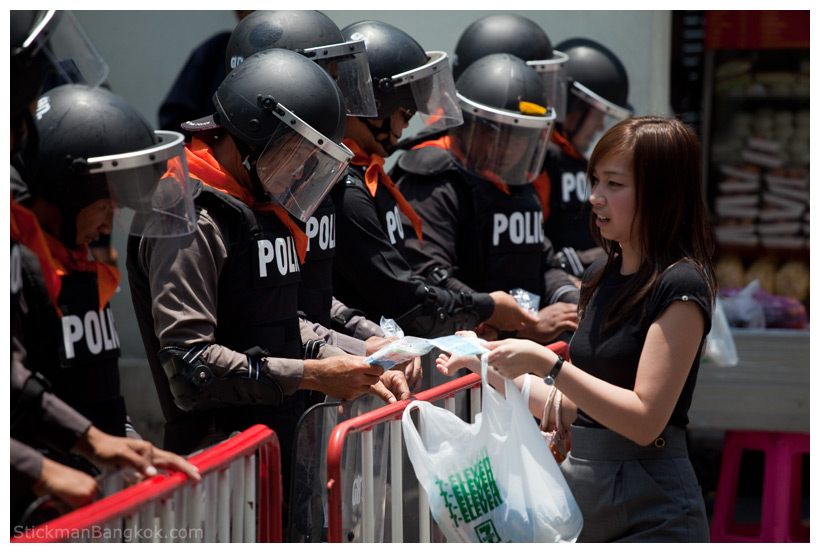 There was one particularly touching scene when an army truck was driving down Silom Road and three older women ran out to stop it, presenting the driver and those on board with bags of ready made meals. It doesn’t matter what side you’re
on, this was an incredibly touching scene and the wais and gratitude on the soldiers’ faces showed real humility. 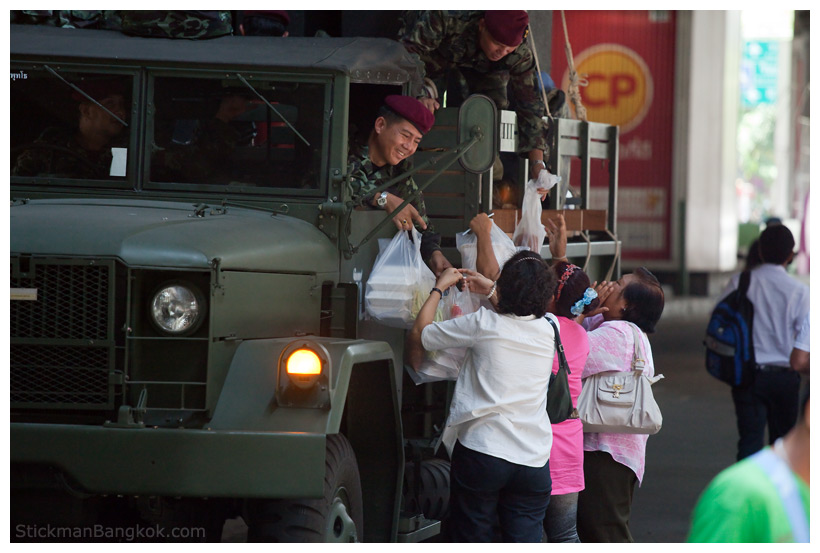 On Patpong soi 1 where many soldiers were taking relief from the midday heat in the shade of closed bars and shops, a young lady worked tirelessly, pouring cups of a cold drink concoction which she presented to each of the grateful soldiers. Where there
had been no smiles and probably no shortage of discontent, this act of kindness from a stranger had no doubt raised their spirits. 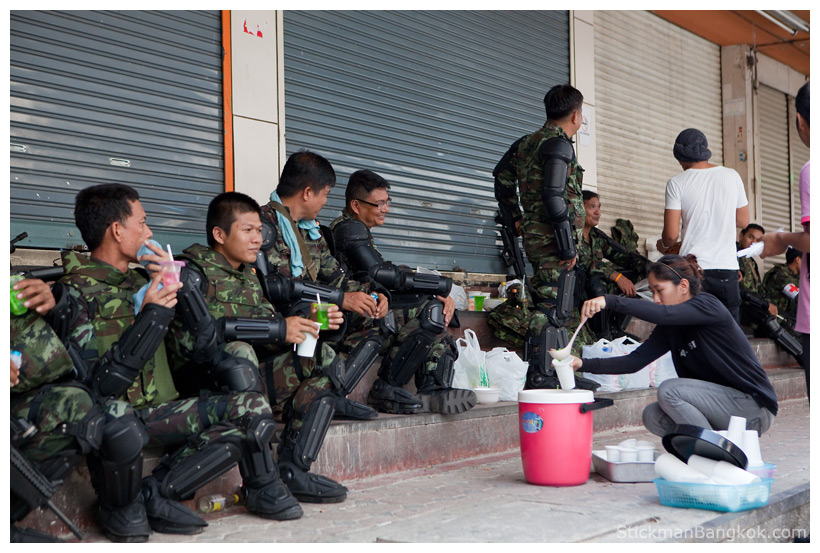 As foreigners in Thailand, especially short-term visitors, we might not always see the real beauty of this country. But if you get away from the touristy side of things, open your eyes and look closely, there are many truly generous and caring people in this country, people who will selflessly go out of their way to help others, especially those who aren't as well off as themselves.

Silom Road might resemble something of a war zone but I hope it is these images of kindness that stay with me.